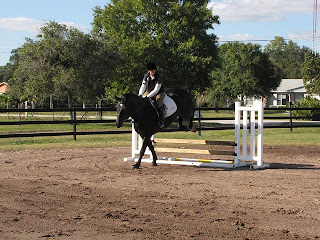 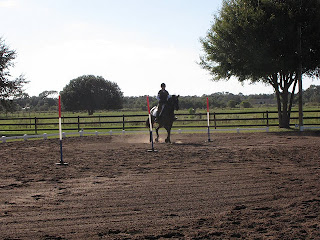 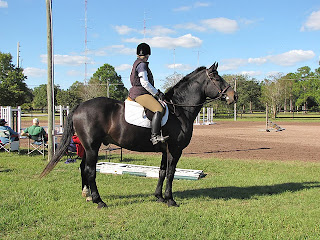 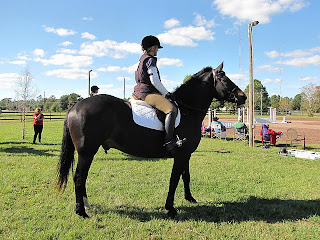 I belong to the Mane Event, a local chapter of the OPRC...I have to cringe a little when I say what that stands for...OLD People's Riding Club. I am not old, don't like being called or implied that I am old and while I love the club, I wish it were not called the OLD People's Riding Club.
The OPRC was founded as an adult version of the United States Pony Club. Just like in pony club, the OPRC has rallies and ratings.
I have been a member of the Mane Event since it began, which was in the early 2000's. It is a fun group of mainly horsewomen (and a few good men!) who all love their horses. We meet every month for dinner and a guest speaker, and have one hell of a Christmas party! Everything we do has 3 main components: horses, fun and food (and sometimes, some wine or champagne! At my first rating, years ago, we celebrated with champagne....we certainly didn't do that in the USPC!!).
To participate in club sanctioned events, everyone must be rated. I achieved my C2 last year, and remind Jen all the time that I will beat her to becoming B rated!
Last weekend the club hosted a rally. Since our members come from all disciplines: pleasure, dressage, driving, gated horses and eventing, we had a variety of classes at the rally.
It was a beautiful fall day, the morning started cold and quickly warmed into the 70's. An extra bonus, the OPRC President, Sheila Haviland, flew in for the event from Maryland. Our judge was Iris Bolt, an "L" dressage judge from Germany.
Our first class was trail. I was game. I wanted to show how versatile my big draftx is! Tucker was so brave...we tackled the bridge, moved a shirt from one post to another and navigated the L, forward and backwards. The trotting through cones and over poles was a breeze. Then we got to the pole on the ground, which required side passing over. Tucker suddenly developed amnesia...he wouldn't sidestep the pole. Not to the left, not to the right. Not facing the judge, not away from the judge. So our undoing was not the blowing in the wind shirt or the bridge, but a pole on the ground!
Side note, a week later, Tucker executed a perfect sidepass all the way across the dressage arena, from B to E. Go figure! I don't think he liked the pole on the ground!
We rode in dressage training test 2. We earned a respectable 60.9%, which I felt redeemed our dressage test at Rocking Horse a month earlier, where we earned a 42 on what was the first cold morning of the season (in eventing, the dressage tests are low, preferably in the 20's and 30's, whereas in dressage, you want 60's into the 70's and 80's). We took the blue for that class. Next up was jumping. We had a gamblers choice and while the highest jumpers class was only 2'3, we took the blue. Next was pole bending...hey, why not! We had the 3rd fastest time, laughing the whole way in and out of poles!
Of course, a pot lot lunch was part of the day's festivities. Friends gathered around in semi-circles, eating good food and discussing the days events so far. Recipes were exchanged, with Lew's chicken salad being a big favorite, with Jane's pumpkin cookies getting rave reviews!

It was a beautiful day to share with friends and our horses.

Posted by TheSecretChronicles at 1:37 PM