Moving Day and Getting Back to Normal! 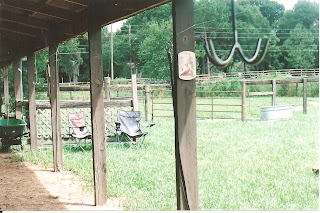 Looking out towards our fields 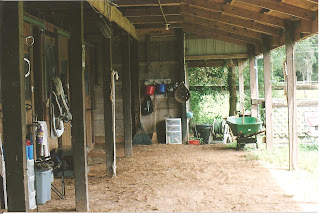 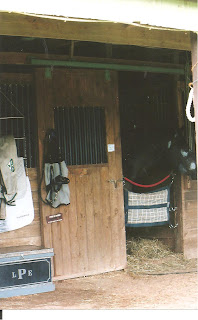 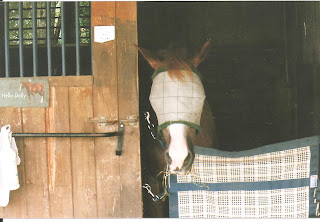 Dolly loving having a stall 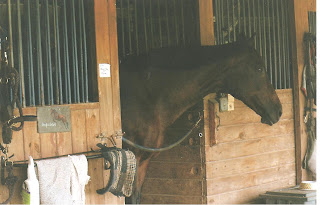 Imp in her stall 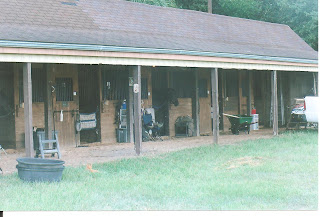 Really, moving horses and a barn full of STUFF in August in Florida has got to be one of the worst ideas I have had in recent history!
But, record setting heat aside, I am glad we moved and 3 weeks later, the horses are settled in to their new abode.
The plan had been to move the horses by 9am, which meant we didn't leave until 10. Thankfully, Nikki's mom came from Tennessee, bringing their 4 horse trailer which she left here for Nikki to use. So instead of having to make 2 trips, we were able to load the mares in their trailer and the boys went in my trailer, with barn cats Gizmo and Hobbs riding shotgun with me (well, Hobbs made it as far as the end of the driveway before I threw her in the carrier, Gizmo alternated between laying on the seat next to me and looking out the window). A quick stop by my house to pick up Jen, who had driven up from Tampa to help, and we arrived in Apopka nearly an hour later.
First priority was to rinse off the hot and sweaty horses and put up their fans. The radio announced record highs of 107!
One of the first things Her Royal Highness, I mean Imp, did, was to roll in her stall. The stalls at the old barn were tiny and if they wanted to lay down and roll, most went out in their runs to do so. I took that as a sign that she approved!
In the weeks since, the horses have adjusted without incident to their new surroundings. Even the barn cats were right at home; I had nightmares of them disappearing, but the fatties know a good thing and aren't about to leave where they get a free meal. I guess they saw us, they saw the horses, so all is good in their world.
And I started to ride again! The last week has been actually tolerable! There has been a hint of fall in the air, whether that is true or whether Hurricane Eric is responsible, it has been absolutely refreshing! I can actually do barn chores and not head straight into the shower when I get home!
My Internist said it was ok to ride again, so with the cooler weather, why not? Permission or not, I was going to ride!
Tucker has been a bit of a wild man...whether because of his new surroundings, the cooler air, not having been ridden for 6 weeks, or, most likely, all three reasons contributing factors, he has been strong and fresh, even throwing in a most unusual buck (I can count on one hand the number of times he has bucked!) last week. Hmm, not sure if I like this new Tucker or the steadfast and dependable old Tucker. I am sure that the old Tucker will return eventually.
The barn is slowly falling into order. The tack room is almost done, and this weekend the goal is to work on the feed room, which for the present has been kept in an empty stall. Jumps need to be put up.
The design of the barn takes advantage of breezes, and for the first time this summer, the horses are not sweating by dinner time. The fans blow on them and their stalls are open enough to catch any breezes.
We already have our first pony club clinic scheduled for 2 weeks and I am planning a barn warming party for October!
Exciting times are ahead for Calypso Farm!
Posted by TheSecretChronicles at 7:04 PM